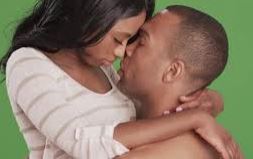 When Jonathan got to the hospital, he thought about what happened during the family reunion and shockingly he wasn’t able to get the events out of his mind.

Mrs. Anderson and her negative attitude towards him.

Awe, Nicolette, he thought about her kiss and couldn’t wait to kiss her again, and right when he decided to send her a message, there was an emergency.

“Dr. Samuels, you’re needed in OR5,” Nurse Jennifer said to him bringing back to the other thing he loved. “I’ll be with you, here’s the patients’ chart,” she continued. Jonathan slipped his phone back in his pocket and went to save someone’s life.

Meanwhile, across town, Nicolette sat staring at her phone wondering if Jonathan was a figment of her imagination, she didn’t think that he wasn’t going to contact her—after all she did kiss him.

“I guess it was all too good to be true,” she mumbled and went to find something to snack on. Remembering she still had Yelena’s pies, she got a couple scoops of ice cream and ate in joyous peace.

Nicolette decided to call Yelena to find out what happened after she left the reunion, but she didn’t answer. She went through her phone list and everyone she thought about calling, she changed her mind. It was probably too soon for anyone to be able to talk, no doubt her mother is talking about her because she was supposed to stay and help clean up the park, but after her mother’s behavior, Nicolette thought against going back and helping. Besides after her dramatic exit, she wasn’t ready to hear the talk among the family.

As the pie and ice cream disappeared, she realized that she could reach out to Jonathan herself—she wanted to wait for him to contact her, but she also was getting an attitude because she was waiting. She jumped on Google and looked up the staff of the hospital and when she found Jonathan; she stared at his picture and like every princess, she ran their entire relationship through her mind as if it were a movie.

They were married a year after dating.

They had two adorable children, twins, a girl and a boy.

They never argued about anything except what to eat.

They lived happily ever after.

Nicolette smiled thinking she’d lost her mind pretending that it’ll be that easy, that simple; she was so gone in her imagination that she missed her phone chiming. Once she came back to reality, the message was hoping for wasn’t the message she received.

That was Yelena. Nicolette threw her phone down, “well shit,” she said and went to clean up her dishes and got ready to end her day. She didn’t return Yelena’s message, there was no need. She knew she’d go to lunch with her and probably end up at the mall spending money she should be saving, but, right now, her disappointment overrode her desire to be frugal.

“You’re amazing, Dr. Samuels; the way you stitch…” Dr. Anna Jacoby said to Jonathan and thankfully her face was hidden behind her mask because it was fire red. Her crush on Jonathan was apparent to everyone but him, but she wanted him to know it. “Oh, Dr. Samuels, ah, can I buy you drink?”

“Sounds good,” Jonathan said, not really sure why he wanted to be this nice to someone he really didn’t want to be in any room with other than an operating room. He reached for his phone out of habit, he checked his messages and missed calls, the usual suspects: his father, DeWayne, and an unknown number. There weren’t any voice messages, but once he got back to the surgeon’s lounge, he got Nicolette’s card to see if the unknown number was hers; it wasn’t, he threw his phone down in disappointment.

Looking at Nicolette’s card, he wanted to call her, send her a message, but he knew it was too late and he wanted to be respectable, but he didn’t care this time, what he wanted was Nicolette.

“Better to just do it and ask for forgiveness later,” he said and sat down to call Nicolette. He hoped she’d answer, but he was prepared to leave her a message.

“Hi,” Nicolette said and sat up in the chair she fell asleep in.

“Hi,” Jonathan said and smiled. “I’m so sorry to call this late, I had a surgery as soon as I got to the hospital.”

“Oh,” Nicolette said feeling terrible for even thinking that Jonathan forgot about her. “Can I tell you something?”

“I, ah, thought you forgot about me, I even called you a few dreadful things,” she said and Jonathan giggled. “Funny, huh?”

“Yes, I knew you’d be upset because I didn’t call. I only hope you’d learn that when I want something, I go after it especially if the feeling is mutual.”

Nicolette smiled and was grateful she shared her feelings with Jonathan; she knew Jonathan was different, and she wanted to be different with him. For everyone one of her relationships, she had, she was grateful for all the lessons they taught her because now she could do the one thing she always wanted to do—love freely and honestly.

“So, I was wondering, I have tomorrow, well later, off, I’d like to spend some time with you?”

“Oh, that would be nice, would you like to have lunch and may be catch a movie?”

“Sure, that sounds great, but how about I order us lunch and we can watch something here, I promise I’ll be on my best behavior.”

“I was very serious when I said I want to get to know you better, going out is noisy and watching a movie is cool and we can do that next time, but when it’s just the two of us…” Jonathan said, but Nicolette stopped him when she said.

“I like most foods, not too picky, but I would really like something not so healthy, deal?”

“Deal, I’ll take care of everything; see you around noon, this way we both can get some rest?”