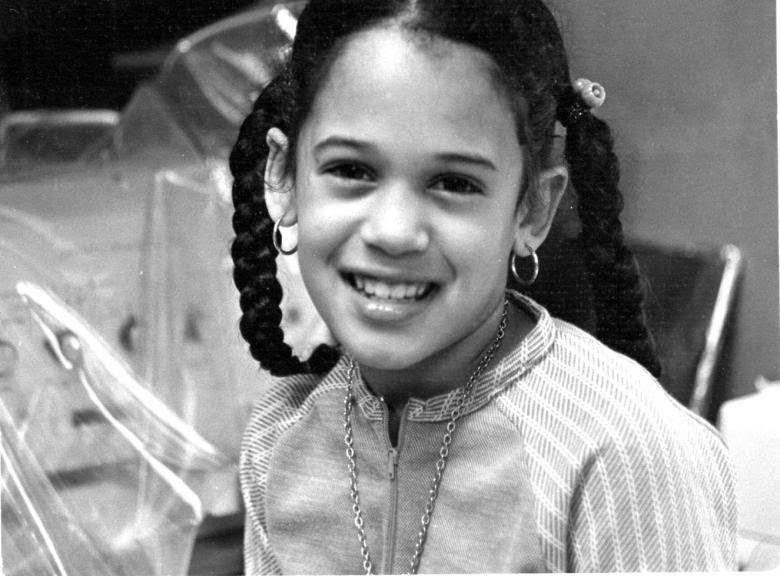 When my oldest daughter was four, she asked me why I was wearing a pamper. At that moment, I explained to her what a sanitary napkin was. We were in a gas station restroom and another black mother just outside of the stall twinging with embarrassment for me interjected, “If my child would’ve asked me something like that, I would’ve slapped her in the mouth. Mamas these days will let their children ask them anything,” she added. Her own daughter, silent and clearly fearful, was right there with her. The loud hand dryer muffled the closing of her speech, but she continued to reproach and judge.”

“Mommy, why was that lady in the restroom so mad, Kaylee later asked me, her memory of the ordeal becoming more and more vague.

And with my pent-up anger I smiled and said, “Some people are just upset, sweetie.”

As I continue to find my footing in parenthood, one thing I know is that it’s important for children to have a voice. If they ask a question, I will honor it. If they have something to say, I will listen. I believe boundaries can and should be broken for the intellectual curiosity of an innocent child. (Coaching them on how and when to use their voice is key.)

Imagine if I told Kaylee to “shut up” that day? Her memory would be precise because it would’ve hinged on my embarrassment of/ reaction to her question. She didn’t know that I was being judged and demeaned by a stranger. She was four, and the lesson I chose to instill honed in on exemplary womanhood and taking the higher road.

Kamala Harris though? I believe she would’ve snapped back if she were having a conversation with her daughter and someone interrupted. I’m convinced and inspired that Kamala is a woman who doesn’t let such intrusions slide. Imagine if Kamala were constantly told to shut up by her mother. Imagine if she were not allowed to express herself growing up. She may have never had the confidence to become a prosecutor or the first woman of color to become a vice-presidential candidate. Furthermore, the manner in which she was raised is what gave her the resolve to say to a white-man-terrupter, with power and authority: “I am speaking.”

The odds are against black and brown children. They are more likely to be under greater home stress than white children and are more likely to experience humiliation, abuse, and oppression due to racial and social disparities. I often think that a dream gets deferred every time one of our children gets beaten, cursed out, overlooked, or discriminated against. The storm that’s waiting out there for them is a tough one to weather. They desperately need our love, our umbrellas of affection.

Kamala’s parents were immigrants. Her Indian mother, Shyamala Gopalan, is the central figure in Kamala’s personal narrative– a story that is always linked to love, hard work, and resilience.

Kamala’s hero is a brown woman academic and activist who raised two daughters on her own after divorcing their father. More than anything, Kamala’s mom wanted her girls to be sure of themselves and valued in the world. According to Kamala, her mom was a woman who “never asked anyone permission to tell her what was possible.” She recalls her mother saying, “Don’t just sit around and complain about things. Do something.” And we can’t help but be inspired as we watch Kamala do her thing.

Essentially, it was Shyamala’s daughter we saw debate Pence on last Wednesday. For ninety minutes, we watched a woman become the hope and dream of her mother.

A healthy mother-daughter relationship matters. It can determine the self-esteem of a girl and the path she chooses on her journey into womanhood. Not every girl belongs in a corporate meeting or on a campaign trail; but every black and brown girl deserves her own unique road to greatness.

So many of our girls are silenced in their childhood because of mismanaged love. My Kaylee is nine now. I don’t know for sure what she’ll grow up to be– a performer, professor, politician, pharmacist, or president– whatever path she takes, I want her to be able to give and demand respect, express herself freely and responsibly, and take up space!

I want my children to speak up, speak out, and be a voice in the world. Because my babies more-than-matter. They are sacred and worthy.

…I have to admit. Sometimes I regret not taking up for us in that restroom back then.