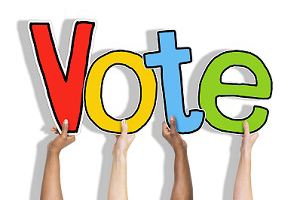 For the last few years, I have spent election night watching the West Wing.  It is my favorite TV show of all time.  It is also everything that our current political landscape is not.  It’s smart.  It’s funny.  It feels good.  Most importantly,  it’s fictional.  I know how this story ends.

At this point in time, i don’t know what happened last night.  I don’t know if Wyandotte County re-elected a school board official that my teacher friends have dubbed “Wicked Witch of the West.”  (I fear that we did.)  I don’t know if Kansas City voters decided that their city council was guilty of government overreach when they decided to rename a street.  (I hope they did!)  I don’t know which local elections got national attention.

Here’s what I know about the election.  I voted on Saturday.  I personally know three people on the ballot.  I did not vote for all three of them.  (Just because I know you, doesn’t guarantee my vote.)  I also know that far too many people didn’t bother to participate in this process.

Voting in national elections is a big deal.  Electing congressional representatives, and voting for the president matters.  But voting in local elections is equally, if not more important.  Local policy makers can have a direct impact on your life almost immediately.

P.S.  Both my predictions above were right…God help us all.