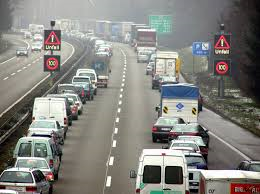 “She would have lived had they used the emergency lane but THERE WAS NO EMERGENCY LANE TO USE.”

“You don’t know that to be true so don’t do that to yourself.”

“I’m not doing anything to myself but when I get my hands on the person who was in that other car, I WILL DO SOMETHING!!!  She killed my sister!”

“How do you think I feel.  She was my baby.  I’m just asking God to keep me calm.  When I get my day in court, I will give them an earful but in my own way.  I know that you are hurting but hate is just going to ruin your life. Not to mention your soul.  Just keep praying.”

“Mama.  I don’t want to hear that.  Justice is what I want.  A drunk driver and NO EMERGENCY LANE KILLED MY SISTER and I will tell them in court.”

“All rise.  The Honorable Judge Lee presiding.  (pause)  You may be seated.”

Lord knows I am trying to keep my composure but I declare it is going to be difficult.

“Mr. Prosecutor you may proceed.”

“Thank you your Honor.  We have a tragic situation where everyone is suffering emotionally.  My client has pled guilty but is asking for leniency since this is her first offense.  In light of this plea, we will just present some character witnesses.”

Her character witnesses  spoke on her behalf and the defense rested their case.

“Mr. Prosecutor.  You may proceed.”

“Thank you your honor.  I call the victims mother to the stand.”

The Bailiff swore her in.

“Mrs. Jenkins.  Tell the jury what you lost on the 15th Day of March?”

“I lost EVERYTHING that meant anything to me.  My daughter was a hard worker.  She was on her way to work when her life was taken from her.  People make mistakes and bad choices.  WE were the victims of somebody who did not care about her life or the lives of anyone else.  But she was not the only one that should be sitting at that table.”

“If there was an emergency lane, my daughter might still be alive today.  At least she may have had a fighting chance had she made it to the hospital in time.”

The Judge spoke up

“Mam, I can’t imagine your grief but the DOT is not on trial here so I would ask you to keep your comments to what it applies to which is this case.”

“Yes your Honor.  It’s just that my child is gone and nothing can bring her back but if something can be done about that road, somebody else might make it.”

“Do you have anymore questions for this witness Mr. Prosecutor?”

“You may step down.  Call your next witness.”

The bailiff swore her in.

“Corporal Smith, please tell the jury what your findings were in this case?”

“The accused had a blood alcohol level well above the legal limit.  According to the traffic camera, she was also holding her cell phone.”

“Thank you.  No more questions for this witness.  I would like to call the Coroner to hear his expert perspective.”

“You may step down.  Coroner Welks, please take the stand.”

The bailiff swore him in.

“Coroner Welks, what was your medical findings?”

“We did not find any alcohol or drugs in the decedent’s blood.  The cause of impact was a major factor but not the singular cause for loss of life.  Unfortunately, time was not in the decedent’s favor as she bleed out before she could reach the hospital. The parent of the decedent mentioned it earlier that had an emergency lane been available, the probability that loss of life might have been averted is great.”

“I object.”  The Defense attorney jumped up.  “The issue of an emergency road being available or not is not the issue here.  My client has already admitted that she was reckless and is asking for a light sentence.”

“Objection sustained.  Let me remind everyone that EVERYONE needs to stay on focus.   Do you have anymore questions for this witness?”

“I will review my notes.  Court will recess for lunch.  I will deliver my verdict after lunch.  Court dismissed.”