The first song I ever remember singing in school was not the Star Spangled Banner. Perhaps that had to do with me spending many of my formative years growing up in Coralville, Iowa. Instead, we learned a different song that paid tribute to our “national pride”.

My country ”tis of thee

Of thee I sing…

Land where our fathers died

Land of the Pilgrims’ pride

Those words that were penned by Samuel Francis Smith much more closely related to the way I felt my family fit into the tapestry of “America”.

That song came back to me this weekend as I paid a visit to the Veterans Memorial Military Park in Hot Springs, Arkansas. 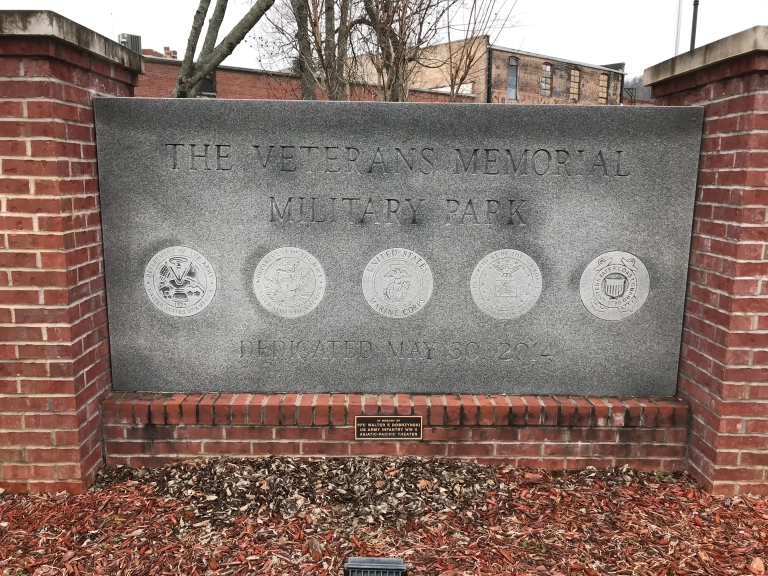 The park is adjacent to one of my favorite little bakeries and the Historic Downtown Hot Springs Farmers Market and yet somehow this weekend was the first time I found myself wandering into the park.

If you’ve never read the story of Navy Seal Adam Brown I advise you take a minute to do so. Before this weekend, I didn’t realize he was a native of Hot Springs.

Walking through the park I found myself pensive and reflective in the face of the instruments and images of war on display.

As I moved toward the memorial, the weight of the number of persons who have served in the armed forces gave me pause. While my family history is not rooted in Garland County, Arkansas, standing before this monument made me think about the servicemen in my family and our rather complicated relationship with the nation of our birth. 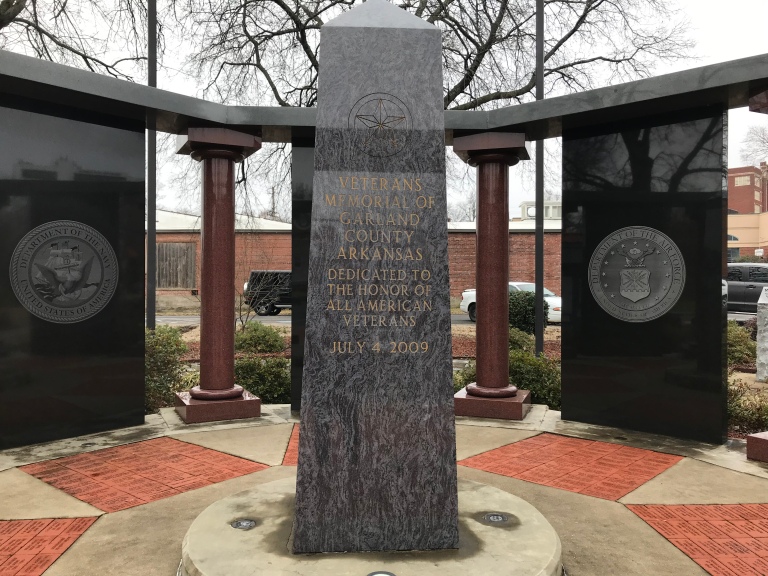 My grandfather was Navy and his father before him was Army. I have uncles who have served in several branches and both my brother and I considered military service though we both elected other paths in the end. Service was not a romantic notion for any of us. Military service was a means of educational and economic advancement which is not an uncommon story really. And I get that some people might take offense to this idea, but I come from a family that still lives with the reality that our right to vote has to be reauthorized periodically meaning it is not guaranteed. 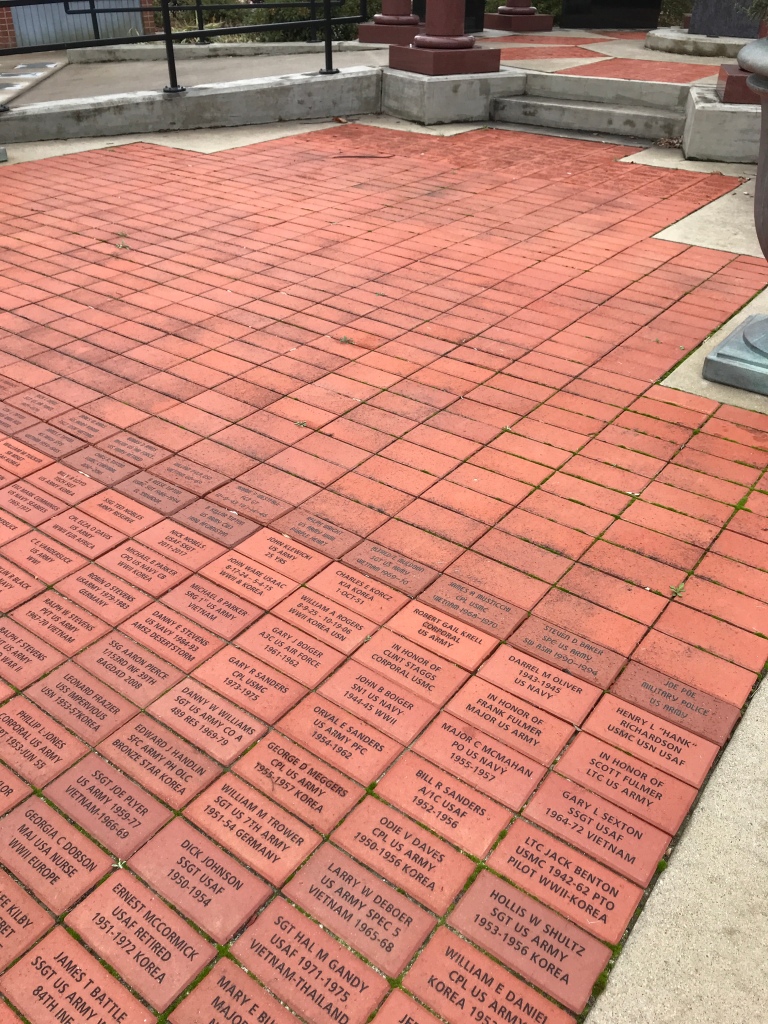 When I came upon the memorial bricks it was the empty bricks that nearly brought me to tears. Space was left to add names because those who installed this memorial knew there would be more names to add to this monument.

I am appreciative of each and every person who ever has and ever will don the uniform of the United States Armed Services. These are the people who do the things that help afford me the ability to live my life. That doesn’t mean I can’t hope for the day when their type of sacrifice becomes unnecessary.