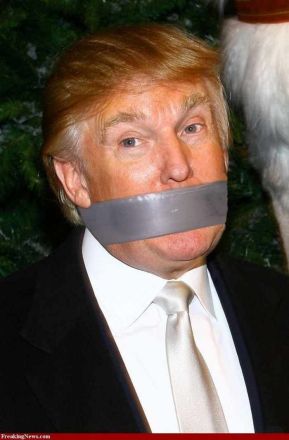 If I yell “fire” in a crowded room and all of the occupants begin to stampede and injuries occur, who is at fault?  I would be of course.  IQ45 is yelling Fire and the country is stampeding.  People are not only being injured.  They are being KILLED!!!  He does not see any culpability in this entire travesty that is griping this country.

Meghan Kelly makes comments about “black face” and gets fired.  IQ45 has and continues to tell his fan base that it is alright to harass people, make fun of people, bully people, hurt people and even KILL people.  He will give them ABSOLUTION.  Guess what.  He can’t because he is NOT above the law.  Even a Catholic Priest, though they would like to make you think they can, can’t absolve you of murder.

“Sir, did you just shoot those black people in that church?”

“Because they were making fun of my President Trump.  We have to protect our fearless leader.  He said that WE must make America great again.  That means getting rid of anyone who does not belong in our country.  This county belongs to us.  The white race.”

“Sir you are going to jail for murder.  Do you understand that?”

“No, I’m not because my President said it was okay to do this.”

The Trump base truly believes that they can do whatever they want to do to anyone that does not look like them.  There have been a few delusional people of color in those rallies.  Personally, I think that someone paid them.  It’s a shame that their integrity can be bought.  THIS COUNTRY IS IN A MESS but those in power are not doing what they can to REALLY address and fix the problem.  They are too busy with the infighting.  What can we do about it?  VOTE!!!  Take people to the polls on election day who are registered.  Make sure that your family is registered.  Make sure your neighbor are registered.   There is no doubt who is the target is that all of  the hostilities are being taken out on.

While Trump continues to tweet and incite more crazed Americans to kill or attempt to kill ANYONE who speaks against Herr Trump, WE, those who know what is right, must stand strong and fight the good fight for ourselves and our children.  They may have traded in their white sheets for the new KKK attire of the red and white Make America Great Again hats, but the message of HATE is the same.