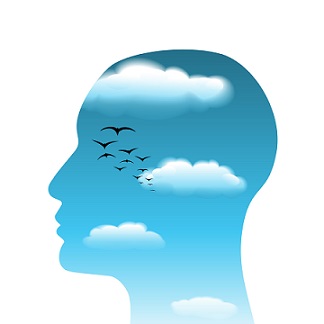 This comes much later today, rather than early this morning as usual. We took a  trip to Dallas on Sunday to see some family and ended up not getting back home until 3 this morning. Now we turn our attention to trying to get packed up to head to the Grand Canyon and Colorado on Friday. These are exciting times.

In the midst of all of this, about two weeks ago, I decided that I wanted to try and write a book. I felt like I had a topic that would do good, and I had ideas for it. After binge writing for a couple of days immediately thereafter, I haven’t typed a single, solitary thing. Which follows a pattern of mine. Seeing things through to the end.

I’m a great starter, but like the hundreds of dollars of unused gym memberships can attest, seeing things through is not a strength of mine. That’s just me being honest. With this book idea, I just simply ran out of words and ideas, which doesn’t make sense seeing as though I had so many initially. Which bring me to the purpose of this post. I need to be accountable! I’m going to post a little bit from what I have so far, and I need people to just remind me that I said that I wanted to write a book. Ask me if I’ve written. Scold me if I have not. lol. I want to see this through, because it could be something that really helps others.

Who knows if it will actually get finished? I just don’t want it to not get finished because I gave up on it. So, without further blabber from me, here is a bit from Chapter 1! Please tell me what you think!

“Impossible. It has been said that it was an impossible task to kill this lion. Yet as Hercules traveled to Cleonae to undertake the first of what would eventually be 12 labors, he knew in the back of his mind that this could not be impossible. Impossible was not an outcome that he could accept. After all, it was these labors that would serve as absolution for him mistakenly killing his wife and children after Hera and initially caused him to lose his mind. A lion stood in the way of him being on that path to healing. A lion stood on that path to him being able to look himself in the mirror again.

But not just any lion. The Nemean Lion had a reputation that frightened even the strongest man. Why, this was a lion said to have been the progeny of Zeus himself, a lion with impenetrable skin, and sizable girth and a ferocious attitude. This was a lion that would lure men from villages by coming during the night to steal women and hold them captive in its cave. This was a lion of immense physical and mental capacity who some even said could change its shape into that of a woman so that it could lure food to its lair. Yet, because this lion stood in the way of ending Hercules’ nightmares, the lion had to go.

The lion had to go.

In thinking about this story, I wonder how much healing and absolution are worth to us these days? What if a lion stood between you and freedom? You and healing? You and your dreams?

Basically, what if you stood face to face, nose to nose, with a lion, and you had to fight it? At what point would you decide that the lion absolutely had to go? That you could no longer abide it in your presence? At what point would your thinking shift from that of fear, to one where any other outcome but victory was not acceptable?

When is enough, enough?”

One thought on “Therapeutic Tuesday: Accountability”