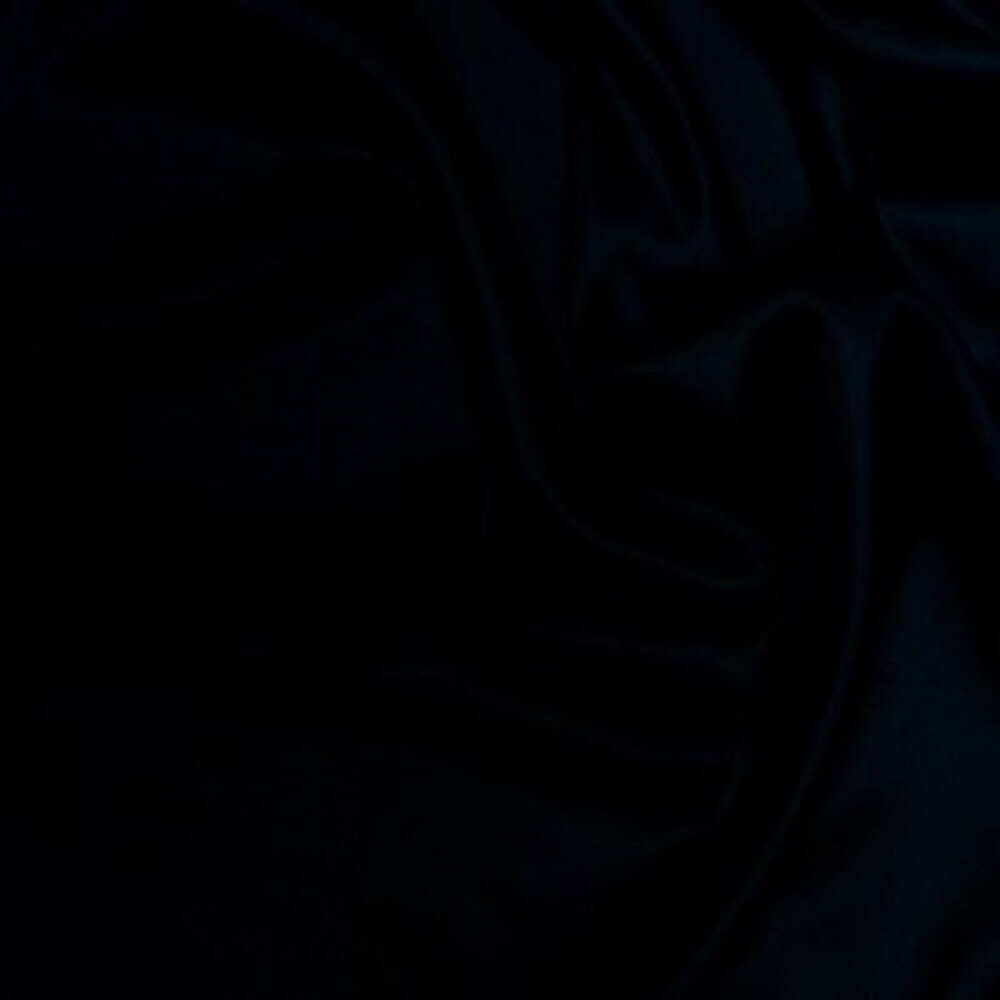 The story of the Prodigal Son is fairly well know both inside and outside of the church house walls. An impatient younger son squanders his inheritance with a whole bunch of “worldliness”. It is only after the son hits rock bottom that he is humbled enough to return home and ask for mercy from his father. The father’s reaction is one of immense joy because the son he thought he’d lost was recovered.But what about the elder son. See, a lot of people fade to black after the younger son is welcomed home but the story keeps on going.

Put yourself in his shoes. You’ve been responsible your whole life. Met every expectation and then some. You even kept a watchful eye over your younger brother who seemed to do everything in his power to defy the rules. When your brother returns from his misadventure you are still Mr. Responsible out doing the work your father expects of you when your father drops everything to celebrate the return of your irresponsible little brother.Tell me you wouldn’t be angry. 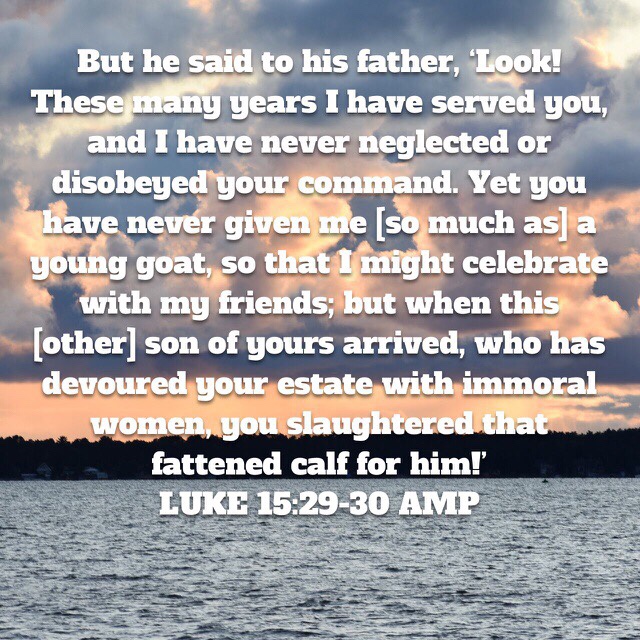 His father wants him to be happy and rejoice at the return of his brother. The brother who left twice the work on the shoulders of the firstborn. The brother who mismanaged his funds placing his own wants and desires ahead of the good of his family. Big brother wants judgement and justice for his brother’s sins, not rejoicing. Then comes the lesson for the eldest.

See, when we allow jealousy to cloud our eyes it distorts the reality of our true situation. The eldest son was constantly and consistently blessed for his obedience to his father’s will. He learned the benefits of hard work from a young age. He was healthy. He did not worry after having a roof over his head. He had the company of friends, food to eat, a job. Everything that belonged to his father was also available to him. The eldest brother had a great life. He did not have to be brought low to the point of eating with pigs to learn the value of honoring his father. 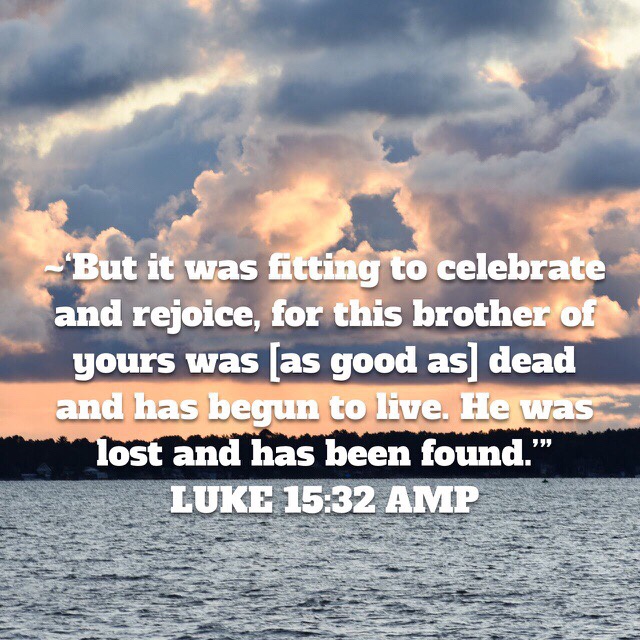 So why was it so hard for the eldest to find joy in the homecoming as his father did? Because THIS was the test of faith the eldest son had to face. We all have our trials, even the goodie two-shoes and jealousy is a particularly ugly, spirit crushing beast to wrestle.But we can do all things thru Christ who strengthens us.This parable has applications outside of family and can be a way of viewing how we feel and relate to others at church, work and other life contexts. Check in with yourself and consider whether you’ve ever found yourself in the role of the eldest brother.