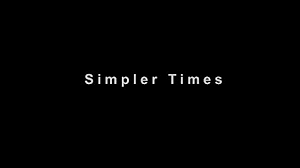 On the way to work this morning, I found myself really thinking back to the simpler times of college at Tougaloo. I had a crew. Tyrone, Donald, Jamal, Kendrick, Carl, Joe -Joe D, Joe, Amari (Tuti) and a few more guys. Times were so good. While we rarely had classes together, between every class we could be found on the stoops in front of the library acting a fool. Other times, Tyrone and I would be in Ballard Hall, the music building, rarely practicing, but often writing new music. Donald and I would head off campus to Pizza Hut. Kendrick, Carl, and I would be in Kendrick’s room watching him play Resident Evil. I knew so many amazing brothers back then. And it’s not like I was well known on campus. I wasn’t. But I had those guys, and I was good with it. It sucks that time and life can pull those relationships away. Sometimes FB isn’t good enough to maintain those bonds.

Life was so simple then. Driving over to Jackson State on the weekends. Trying to write a good paper to Dr. Ward, so that he didn’t ream me out. Trying to understand math, and failing a couple of times before I got it right. Riding around with my windows down blaring Dave Matthews Band, and getting crazy looks from everyone on the yard. Going to the buffet and shutting it down so badly that we would be asked to leave. Making Chewbacca sounds at drive-throughs, and then worrying as to whether or not they got made and spit in our food. Coming up with the stupidest insults to one another, and then laughing until we hurt afterward.

Sometimes I really wanna go back. The fellowship was sweet. In some ways I found myself. In other ways, I lost myself. But overall, I miss my guys and the times that we had.

I don’t know if any of you all will ever read this, but you will always be the best part of my college experience.