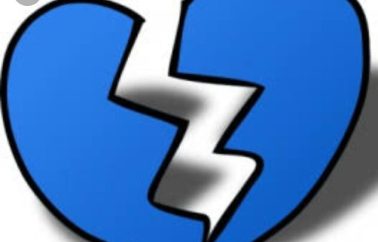 The piece that I originally had for my Friday submission had to be scrapped.  So much have been going on, it is hard to put it into words.  I am submitting this on Saturday, 2/3/2018 in my Friday slot.

I have lived in Savannah, Georgia for 51 years and have seen a lot of things but I have NEVER seen the anger and pain that is running rampant in this city now.  Even during the time of ‘Ricky Jivens’, there was nothing like this.

A few weeks ago, an African American male was shot and killed.  A week or so later, the State Marshals served a warrant to a young man that was suspected of committing the murder.  When the police arrived, the young man ALLEGEDLY drew an air be be gun on the police.  They shot him and according to the mother of the young man, the police continued to shoot him as he lay on the ground.  An officer was shot but it was discovered that it was from “friendly fire.”  Both young men are dead.  That is not even the worst of it.  TODAY, in the city of Savannah, the funeral for the young man killed by the police took place.  According to eye witness reports, the minister who did the eulogy gave an alter call and is estimated that 30 young men accepted Christ.  Those folks went to the back of the Chapel to give their names.  While they were back there, an argument ensued out front and shooting began.  People had guns on them and some even went to their cars to get guns.  People were screaming, trampling people trying to get out of the line of gun fire.  Some were even jumping out of windows.  This took place at the Bonaventure Chapel which is a part of the history Bonaventure Cemetery.  IT WAS UTTER CHAOS PEOPLE!!!  My heart is hurting.

Many of this generation grew up on violent video games and little, to no knowledge, of Christ, compassion, or even what sympathy means. Life is NOT a video game where you get a ‘one up’ to return to life.  We have been inundated with Zombie games, The Walking Dead, and many other things that continually desensitize the concept of death and dying.  PARENTS. . . WE MUST DO BETTER!!!!

How can your son have a gun and you NOT know?  Do YOU know who your children are calling ‘friend?’  PARENTS . . . GET YOUR KIDS!!!  My city is in shock today.  Many families are in morning.  As a result of today’s shooting, a 12 year old was shot and is in critical condition.  Many people have injuries ranging from minor to severe.  Although I miss my parents greatly, I am so glad that they are not alive to see this shameful and dangerous level that MY AFRICAN AMERICAN SISTERS AND BROTHERS have descended too. My heart is broken!