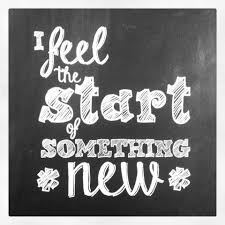 I have to break away from the theme for this week, because I’m exploring a new story idea, and will use this as my notepad for a bit…..perhaps. It is an idea that seems pretty big for me, but there is a part of me that wants to try it out anyway, especially as NaNoWriMo approaches. It might spur me to try it out again this year. So, without further procrastination, here is “Untititled”

He remembered darkness. The utter absence of light, but in the darkness, the recesses of his mind began to cast images behind his eyes, like some sort of projection. In the darkness, he saw a garden, beautiful and lush. He saw two people that he did not recognize, but he could feel their names trying to force their way onto the tip of his tongue, however, as quickly as they came, they went. Next, we saw a snake slithering around, unabated. He shivered, because he hated snakes. The next images were a convoluted amalgamation of peoples, places,and times that he felt like he should know, but were unable to accurately place.

Eventually the darkness began to fade, and he found himself standing in the middle of a field. From the way that the birds were singing, and the height, and warmth of the sun, he figured that it was spring. The grass swayed in the breeze, and the air smelled sweet. Welcoming. He rotated to take in his environment. It felt familiar, but something nagged him on the inside that things were not as they seemed. Out of nowhere, he felt his heart begin pounding in his chest, and his hands shook violently. His brain told him that the air was being sucked out his space, but he looked around, and saw nothing but open area for him to breathe. His chest tightened, and his hands gripped at the buttons on his shirt to find some way to breathe. Panic flooded his eyes, before darkness began to flutter on the outside edges of his vision. The world around him began to spin, causing him to fall onto his knees, still gasping for anything that might help him. Eyes bulging, forehead now covered in sweat, the darkness on the fringes of his eyesight grew closer and closer.

Just before it consumed him entirely, from somewhere within him, he heard a still, small voice whisper,

As those words ran fluidly through his consciousness, they found themselves resting lightly within his mouth. Unable to breathe, and only seconds from a complete shutdown; vision failing and head about to explode, he found some hidden resolve within him, and croaked in a fading voice,

When he opened his eyes, he was face down in the grassy field, the sun shining down in the perfect spot upon him.

“What is going on?”, he asked to no one in particular.

“If you really wanna know,” came a soothing voice behind him, “I’ll be glad to let you in on the big secret.”