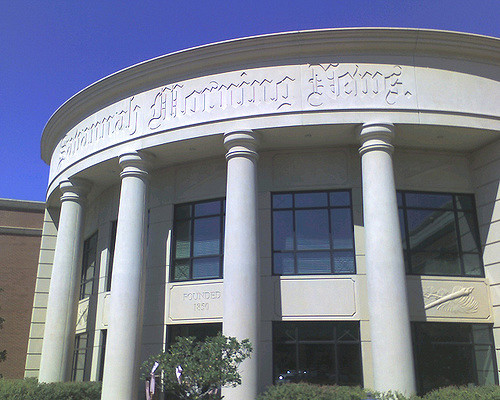 I do not subscribe to the Savannah Morning News for several personal reasons but I will, on occassion, purchase a paper from one of the hard working individuals who stands/sits out in the heat/rain on Sunday’s. Well, even though my purpose of the purchase is to help another human being economically, one of the MANY reasons I don’t purchase this paper has me upset beyond measure once again. Why am I upset? Well, I am going to tell you but I must give you some numbers first.…
According to the 2010 – 2014 USA.com Census for Savannah, Georgia:
Population according to race for Savannah, Georgia:
White – 40.66% Black – 54.22%
Median household income by race for Savannah, Georgia:
White – $48,594 Asian – $36,150 Hispanic: $31,763
Black – $29,275
“Most prevalent race in Savannah, Georgia is black which represents 54.32% of the total population.” USA.com

NOW . . .
There was a section of the Savannah Morning News called “Generations” which is entitled “Celebrating Savannah’s Family-Owned Businesses.” This section consisted of 12 pages spotlighting 11 families. ALL WERE WHITE. If you refer to the above information, you will see that there are other races in the city of Savannah and many of them have long standing connections economically, socially, and spiritually to this city. To say that I am disappointed is an understatement. Am I surprised? Definitely not! Now, some may say that there is a possibility that those families spotlighted paid for those pages. Fine. But did the Savannah Morning News approach any non-caucasian family owned-businesses for this article? What about the Chu’s, Hudsons, Addisons, Patels, Yeh’s, Adams, Williams, Jackson, Browns, just to name a few. These are the names of families who have provided and still provide services to the residents of the City of Savannah and beyond its borders.
Savannah, Georgia is growing racially, economically, and socially, by leaps and bounds. Yet something like this continues to happen. You can say that this is not a big deal, but I will say to you . . . it’s that attitude that allows this kind of press to flourish.
~~~Malinda Gwyn~~~