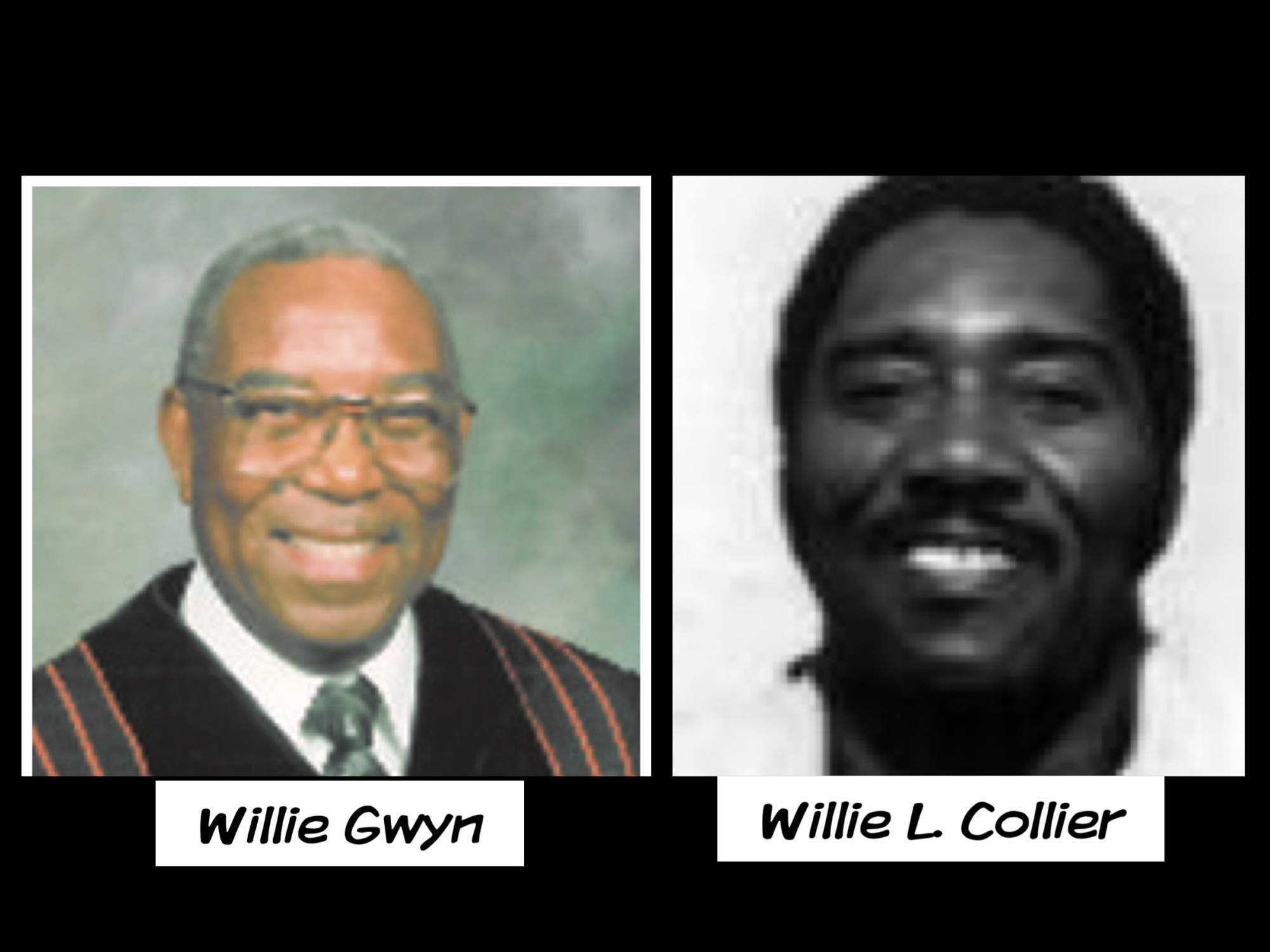 This week I’ve challenged TWA writers to reflect on “Grandfathers” for our theme. I have many sweet memories of my two grandfathers as well as a few good men who filled a grandfatherly role in my life whenever I was out of my grandfathers’ reach.

I come from strong men, men of honor and integrity who were uncompromising in their beliefs of how one should live and how one should treat others. Each of my grandfathers were respected by those they encountered. These men were both so full of love and I don’t know whether or not people fully perceived that dimension who they were.
I always thought it funny that my grandfathers’ were both named Willie. We called my father’s father Granddaddy C and I was probably six years old before I made the connection for myself that the “C” was short for Collier which was also my last name. I don’t know if my mother still has some of my early writing books or not but I distinctly remember spelling that name SEA because I associated with the letter C with the watery body. I did after all spend my first years staring out at the Atlantic Ocean. To the rest of the world my grandfather was a steel worker and a city worker who navigated for equal rights in Lake County Indiana. I remember that he was a tall man with a kind face and whenever we would run into his house in East Chicago, Indiana, he was there ready with a smile and a hug usually clad in one of his funky striped shirts.
We called my mother’s father granddaddy and when there was the need for a distinction we modified that by calling him Granddaddy Gwyn. This was likely the result of having spent the first eight years of my life living in the same town with Granddaddy Gwyn because you see I was born in Savannah, Georgia, and to everyone else my grandfather was the right and honorable Rev. Willie Gwyn. most people associate my grandfather through his ministerial role but I remember him most in his house or in his garden with his hat on his head and his whole over his arm as he would work the land in his back and side yards growing corn sweet corn and okra and tomatoes and any number of other things and teaching anyone of us who was willing to learn how to do what he knew.

I’m not certain why I never had a short form nickname for either of my grandfathers, it just never seemed to suit them as the men who they were even though most of the grandchildren had some form of nickname. But I suppose that makes sense when you consider that there were 16 of us on one side and 8 on the other.

I am the first born granddaughter on both sides of my family and the firstborn grandchild on my father’s side. I don’t know how they managed to do it, but each of us grandkids always felt like a priority when we were in the room with our grandfathers. I can still hear my Granddaddy C calling me over to talk to me about one thing or another. I can still feel the sweet tightness of my Granddaddy Gwyn’s amazing hugs as he leaned down and greeted me with his special way because for him I was always his Pooh. These were men of the old school and they wore cologne and believed in dressing sharp and hats in ways you just don’t see that often these days.

Both of these men challenged me to be more than what the world expected of me. They demanded it by their example and there was no sense ever of them desiring a small life for me. No shrinking violet, no damsel in distress, they required that I cultivate my mind and be capable. For each of them there was nothing higher on the list or greater in their sense of priority then family save God the two of which were always intertwined.

One of these men went on to obtain the first graduate degree ever earned by anyone in my family and the other never went beyond high school in his formal educational training but both of these men passed on to me a voracious love of reading and an uncompromising commitment to learning and sharing that knowledge. To be useful to be kind to show compassion for my fellow man and woman to love God and to love my family this is the legacy that my grandpa Willie bestowed upon me and I look forward to telling any stories about these men to my children one day.