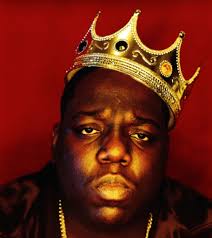 What?! My roommate interrupts me. Did you just say “fleshy waist”?

Why yes, yes I did. Because he plays on the fact that he’s big boned.  She’s laughing so hard that she can barely manage to say flashy ways – the correct words to the hook of one the hottest songs playing at the time. Well, I guess that makes more sense.

Freshman year. Tougaloo College. Within 24 hours of arriving on the hallowed grounds of such a historic institution, I met five  amazing women. For the next four year they became family. We could have been a reality TV show in another life: the sweet one, the quiet one, the mean one (*ahem*), the organized one, the laid back one, and the motherly one. For whatever reason, it worked.

I don’t know who but one of us came up with the idea to create a dance routine to “Hypnotize.” We would make our debut at the next dance. I remember rehearsing night after night. We acted like we were about to go on tour. It was fun.  And it was actually a pretty cool dance!

When the time came for the dance, we were pumped. We many have even dressed alike (Not EXACTLY alike–that would’ve been lame; but we were coordinated). Song after song played with no Biggie. I was starting to worry; should we make a request? Then finally, that tell tale *beat*”uhn *beat* uhn  and those three magic words…

We hit the floor. I remember people moving out the way as we did the routine. I remember people watching us. It was gold. But more than that, it was a bonding experience. And while there were bumps in the road along the way, we always had “Hypnotize.” We could look back on our carefree JC days and reminisce and laugh over the many misadventures and mishaps. They were crazy days but I loved every moment.

Whenever that beat drops, I do two things: mentally dance the first four move–it’s all I can remember. Then I smile.