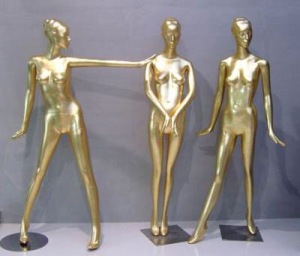 “She is conscious!” says Wintmos.  “314 is conscious. Come, Leywat, look at her eyes. I have never seen this in a subject before.”

Leywat and Wintmos approach the stasis chamber that contains Human 314 and look into the eyes of their dissertation subject.  A sub-human, 314 had always fascinated the genio pair.  That fascination is the reason they selected 314 to study for the past four years.

It was not easy getting access to this particular subject, but Wintmos and Leywat were tubed into two of the most influential family pods on the planet. Their progenitors did not know how to say “No” to them.  Even after their genio pairing ceremony when the two announced their intention to study the banned subject of Early Earth History their progenitors protested but eventually allowed and financially supported their decision.

Wintmos reaches out to touch the thin double membrane that surrounded their test subject. Composed of a early 20th century technology, the simple container made of brown algae and calcium chloride provides a translucent window into the world of the female unit their professor had entrusted to the pair to complete a history reclamation project.

“I do not know, but it feels like she does sometimes,” replied Wintmos.

“How are we going to explain the results of the last Dream Launch experiment to Professor Llat?  Our report on 17th Century life in New Orleans is due tomorrow.

“We will do what we have trained to do.  We will report our findings.” Wintmos looks at its hand, the golden hue of its life status had always been a point of pride, but secretly it wondered, “How did we come from this?”

“What did you just say, Wintmos? It is not like you to hide your thoughts from me,” said Leywat.

Wintmos looked to its genio life pair. It had always felt at home with its pairing until they had begun the examination of Human 314.  But now even more questions were coming to light that Wintmos was hesitant to bring forth in their analysis.  So it locked away the inquiries for another time and replied via their mental link, “Nothing of consequence.  Let us complete the write up and retire for the evening.”