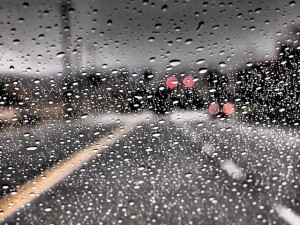 Bernard stared at the phone, he went and closed his office door and said, “Hello.”

“Hello,” Meredith barely said. “I received your message,” she said and stopped talking. “I, ah, I really don’t know why I called you.”

“Meredith, I’m grateful you did,” Bernard said standing against the door. “I hate to do this because I need to talk to you, but I’ve got a meeting to attend with my new boss.”

“Oh, well, I don’t have time for this. You send me a message to apologize; now either you say it now or forget about it, I’m not giving you any more time,” Meredith said and looked at the phone. She knew that she shouldn’t have said that, but she was angry and truly wanted to just choke the hell out of Bernard; however, truth be told, she missed Bernard. She only just stopped crying last week. And now he wants to apologize, and she’s happy about it, but she can’t tell him that. “Bernard?”

“Yes, I do owe you an apology, but I really don’t have time right now; can I call you in a little while?” Bernard asked and held his breath

“Meredith, please after we speak if you never want to hear from me again that’s fine, but please I need to talk to you when I have the time too.”

“Ok,” Meredith said, but she wasn’t sure she was ready for what Bernard was going to say.

“Thank you, I’ll call you, wait what time is best later?”

“Around eight that way I know I’ll be done with everything so I can focus,” Bernard smiled knowing that was one of the things he really loved about Meredith was her desire to focus on what she wanted too. “But, wait a moment, you said you’re new boss or did I misunderstand?”

“No, no, you heard correctly. I took a position in our new Atlanta office.”

“Excuse me, Mr. Donaldson, Mr. Scott is waiting in conference room four and IT says that they’ll be finished with everything for you when you come back from the meeting. Also, and really quickly, I’ve got your flight information and hotel reservation all set and in your inbox,” Michael said, nodded, and left Bernard’s office.

“Who was that?” Meredith said smiling.

“I am the Vice President of Logistics, and I have a team of six that directly report to me, along with about 180 drivers under each of them.”

“Short story, I was involved in a really bad accident, people died, and I lost my nerve for a minute. After I got out the hospital, I had to think about what I was doing and where I was going with my life. I had to sit down and figure things out,” Bernard said and shook his head feeling the affects of cars colliding into his truck. He wondered where Meredith went. She had become very quiet and he didn’t know what to do at this point. “Meredith, are you there?”

“Yes, I was just thinking when this happened.”

“A week after, we, umm, I stopped talking to you…I, ah,” Bernard said and he couldn’t finish his thought. “So, I thought it would be smarter if I changed the playing field.”

“Bernard,” Meredith said his name and Bernard felt warm all over. He didn’t realize he was holding his breath until Meredith said, “I’m so sorry, is that the reason why you suddenly apologized?”

“No, but it should have been; listen, I really do need to get going. I’ll call you around eight – ok?”

“Sure; until then…” Meredith responded softly and hung up. Bernard looked at his phone and turned to go leave his office. He had to adjust himself in his pants because just hearing Meredith’s voice had him going.

Bernard enjoyed his meeting although he was anxious about speaking to Meredith again. He liked Mr. Scott because he was a fair man; when Bernard took the job, he laughed at the salary he was being offered and decided to have a conversation with Mr. Scott – ever since then Mr. Scott has asked Bernard to learn to play golf and instead of the title of Logistics Director he made him a VP and gave Bernard fifteen percent of the company.

“Well, Bernard, I hope you’re comfortable in the suite.”

“Yes, but I cannot wait to find my own place.”

“I’m sure that’ll be easy have you decided where you wanted to live?” Bernard didn’t answer because he didn’t know since Atlanta has a lot of very nice areas, but those areas cost a pretty penny. “Consider a few condos…”

“Yes, there’s these in Buckhead near Lenox Square.”

“The Residences at Mandarin Oriental,” Mr. Scott said and Bernard nodded. “Oh, let me call Drew, he’s my realtor, and he’ll handle this for you. Those are exceptional in a wonderful area!”

“Thank you, Mr. Scott, I mean Tony,” Bernard said remembering for the upteenth time that Mr. Scott has asked him to call him Tony.

“It’s not a problem, so since I know you’re still getting settled – how about dinner at the house tomorrow?” Tony says writing down his home address.

Bernard really didn’t want to go, but he knew he had no choice – there’s no way out of this one! “Thank you, Tony, what time for dinner?”

“Let’s say four, we can catch a game or two,” Bernard nodded. “Also, I’ll have Drew call you with information about the condo.”

“Excellent! Well, I better go get my office in shape. I’ll see you tomorrow?” Mr. Scott nodded and bid Bernard a good farewell.

As Bernard paced, he thought about Meredith and his son and how he could get this woman back in his world. He ate a little snack, since he wasn’t all that hungry, and kept checking the time. Each time he’d look at his watch or the clock on the nightstand, he’d become more frustrated as the time did not move any faster the more he willed it too.

After talking to Rodrick, Bernard went out on the balcony taking in the early evening breeze. He had his phone with him and the minute the time changed to 8 p.m. he was calling Meredith. He didn’t want her to think he wasn’t serious.

Meredith didn’t answer, and Bernard was openly disappointed. He made a disgusted noise and then hung up. Meredith knew he would be calling, she’s supposed to answer when he called he thought and laugh at the absurdity of his thoughts.

Meredith owes him nothing, the mere fact that she’d even consider hearing what he had to say should have been enough, but it wasn’t. Bernard knew that he had messed up the night he went dark, but he couldn’t bring himself to admit that he was wrong. After nearly dying, he knew that he at the minimum has to apologize expecting nothing in return.

Bernard stared at his phone for the next fifteen minutes and decided that he didn’t have another chance with Meredith and in fact it was already too late. He sent Andrew a text to call him just to calm him down, but not having the patience to wait he calls Andrew.

“Nothing,” Bernard answered quickly knowing that Andrew wouldn’t buy that. “I was supposed to talk to Meredith at eight. I called. I didn’t leave a message. I figured she’d call me. She has not, and I’m in a mood.”

“Oh,” was all Andrew could say. He knew how Bernard felt about Meredith, but he also knew that Bernard assumed that they’d just go back to the way things were; as if, he were flipping on a light switch. “Man, I know you thought it would be automatic with Meredith, but please tell me you get it.” Bernard didn’t answer because he knew Andrew was right. “Look, she saw that you called, she knows you want to talk, so give her a minute. You went from wanting to be in her life, planning trips, and maybe even more to nada –  she deserves to be pissed at you. Hell if it were me, I wouldn’t called yo ass back,” Andrew said and laughed; he knew that Bernard needed to laugh because it was getting too serious.

“I know man, so while I have you what’s this about a condo?” Bernard snickered and told Andrew about the condo and about Mr. Scott. “Sounds like you’re going to be settling in. I’m glad the condo will have a room for me,” Andrew added and they both laughed. Bernard suddenly realized that it has been a few days since he laughed and that was unacceptable.

Bernard sat in the darkness after going over his staff’s paperwork and getting started on his job and what it really entails; he hadn’t had dinner, and his stomach reminded him of that. As he was putting on his shoes, his phone chimed with a message from Meredith. He wasn’t in the mood to hear anything from her that didn’t include let’s try us again so he waited to read the message.

Bernard went and had dinner, he even hung around the lobby leaving his phone in his suite just to avoid looking at Meredith’s message. Though he wouldn’t blame Meredith if she never wanted to see him again, but deep down he hoped he’d get to love her forever.

Bernard was questioning himself why he was acting like a twelve-year-old boy; not looking at a message from a woman he was clearly in love with, and praying that she’d want to love him again. Once he finally got back to his suite, Bernard made a beeline to his phone. He noticed messages from his son, Andrew, his mother, his other brother from another mother, Alfonso, but all he cared about was Meredith’s message.

He read her message slowly and out loud: “Bernard, I’m so sorry I missed your call; I was on an initial interview with Savannah State University – go figure – they want this PhD to join their staff! Anyway, if you’re up to calling me back please do so, there’s no way I’ll be asleep anytime soon.”

Bernard threw himself on the bed and thought about calling Meredith back, but he didn’t. He felt weirded out all of a sudden. He went to get a drink from the bar feeling the need to be less lucid when he spoke to Meredith. As he held the phone to his ear, he thought about being with Meredith; she’d only be three and half hours away from him, and then he thought was he really ready for that?

….to be continued
Check out Ms. Burgess’s other works at http://www.stephanienburgessbooks.com