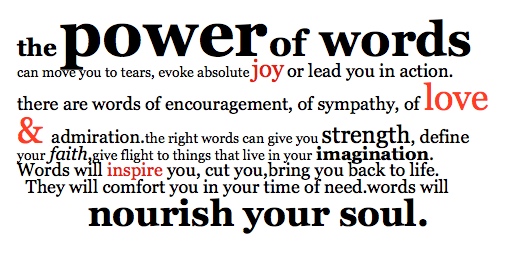 Everyone has some degree of faith, whether they believe in God, themselves, other people, they have that faith. But what is faith? Bishop T.D. Jakes, Pastor of The Potter’s House, Dallas, Texas has been teaching on “Faith is a Perspective,” ok? So in order to really understand this thing called faith what does it mean? Remember the series is focusing in on The Power of Words.

Our word faith has 10 different meanings (one is a girl’s name)—whoa, but for our purpose, I’ll just look at the first 3: (1) confidence or trust in a person or thing, e.g. faith in another’s ability. (2) Belief that is not based on proof, e.g. He had faith that the hypothesis would be substantiated by fact. And (3) belief in God or in the doctrines or teachings of religion: e.g. like the firm faith of the Pilgrims.

There are 20+ adjectives that means faith; some of my favorites are, allegiance, certainty, certitude, constancy, conviction, dependence, fidelity, loyalty, reliance, store, sureness, troth (some word, huh?—has to do with marriage, mainly) and truthfulness.

Whew…so many my English/Journalism brain is working overtime here. So basically, faith is more than you think. It isn’t about faith in self, others, or God, only; it’s also about being certain about a thing, being constant, e.g. you know like if you say good morning to a loved one every morning keep doing that—that’s faith; they may never tell you that they appreciate it, but they do—trust me!

Faith is a perspective, right? It’s the way you look at things. It’s the way that you decide how much loyalty you’re going to have to whatever you chose. It’s how consistent you decide to be, and how much conviction you’ll have about a thing—like little kids who refuse to eat peas. J

Never underestimate the power of the word faith; although most people use it in reference to God, even non-believers are faithful. Don’t diminish someone else for their faith, for, we know that if we have faith the size of a mustard seed that’s enough faith to last a lifetime.

The power of the word faith, when you don’t look at it as just a religious connotation can be a very dynamic thing to have!