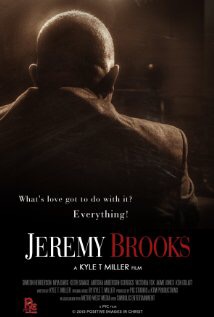 Living in Little Rock isn’t always easy.  The social structures of the town are of such that if you’re not native born, it can be hard to find entertainment that you’re interested in and want to support. Thank goodness for social media because without it, I would have missed out on an extraordinary experience on Thursday night, the first VIP public viewing of the new indie film, Jeremy Brooks. Written and directed by Dr. Kyle T. Miller, the movie is an adaptation of a stage play Miller write back in 2004.

I was drawn to this project largely because I love seeing stories told “where I live”. The lesser known spots that exist outside of NYC, ATL, Chi-town and LA are rich with American stories filled with drama, humor, passion and hope for our collective future. This story was filmed in Little Rock, Arkansas and made plain many issues that young couple struggle with in the pursuit of happiness trying to grow beyond their childish natures and into full blown adulthood. It’s a story and love and friendships, struggle and career advancement and the importance of believing in something greater than oneself.  This movie also has a slamin’ soundtrack featuring some artists I was previously unaware of in the soul and R&B world.

Thank you for a lovely evening cast and crew of Jeremy Brooks. I wish you well as you move into the film festival stage and look forward to viewing the final cut of this film. Bravo!

One thought on “An Evening With Jeremy Brooks”