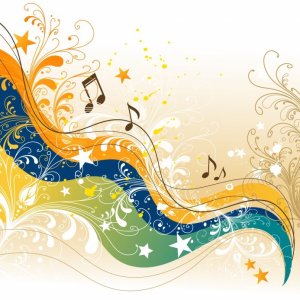 Let’s look at three powerful words.  According to the Merriman-Webster dictionary, to “overcome” means “to defeat someone or something; to successfully deal with or gain control of something difficult; to affect someone very strongly or severely.”

These words were used frequently during the Civil Rights Era during the sit ins and freedom marches because much needed to change in this country.  The thought that another United States Citizen is less than another United States Citizen because of their skin color kept so many people locked out and left out of this “American Dream
.”    Visionaries like Charles A. Tindley wrote songs that spoke of hope and the desire for something better.  His song “I Will Overcome” later inspired four composers to write a song of hope to change and overcome the evils that were taking place against “fellow Americans.”
Another visionary of the same era wrote a song that also spoke of hope, change, and the desire to overcome.   Sam Cooke wrote “A Change Is  Gonna  Come” after being arrested for disturbing the peace.  Mr. Cooke was angry that he was being denied access to a hotel for the night.  Blinded by his fame, he apparently forget that his skin color closed doors in the South that he thought his talent and fame could open.  He speaks of adversity, fear, and the need/desire for change.
Fast forward to today.  In many places in the United States, we see that the need to overcome, change, and hope still exist.  Hatred, greed, jealousy, and ignorance still exist and these are deadly characteristics in a person set on denying another human being their pursuit of happiness.  The Freedom Songs of the 60’s expressed the pain and anguish being suffered by so many Americans of color.  They also expressed a hope for better days to come.
I have looked and listened and I have not heard any songs that measure up to be called a freedom song.  Unfortunately, too many songs talk about getting women, sex, money, drugs, and self promotion.  Maybe you have come across some “community minded” songs that speak of the struggles with a yearning for something better for ALL.
We Shall Overcome – A Change Is Gonna Come – I’m Black and I’m Proud- R.E.S.P.E.C.T. (for a Woman)- Fight The Power – F—k the Police.
From my “southern” view, we have moved from the collective focus, to the individual focus, to the government focus, back to individual focus.  On a huge megaphone I hear “H–l No! I Am Not My Brothers’ Keeper” but in a very tiny, poor quality microphone I hear “Yes, I Am.”
Don’t become hypnotized by women of various races in political office and people of color in high places of government.  The snake of intolerance is still crawling through this country (and the world).  We have made progress but we have not overcome.   Changes have come but many more must take place.  Until law enforcement can get their loose cannon officers under control we will continue to hear ‘F’ the Police and other songs that promote killing law enforcement.
It is not a protest song “per-say” but in the midst of the violence, anger, and confusion of our times, the song “Happy” by Pharrell struck a nerve because it encourages the individual to be happy in spite of the circumstances.
Go out and strive to make a difference.  Have a fantastic Funkadelic Friday.