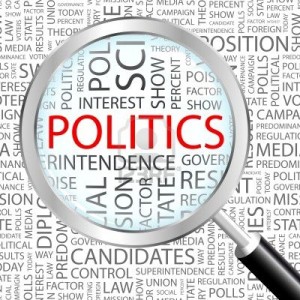 In certain occupations it is required to receive “report” so that the on coming person may provide proper service to clients or the general public.  Nurses tell on coming Nurses about the patients they will be caring for.  Police Commanders tell the oncoming shift of Officers what has happened on the previous shift and what to anticipate on the oncoming shift.  Physicians give report to other Physicians who will be consulting on their patients.  YOU GET THE PICTURE?  Well, why don’t our out going political officials give the incoming political officials the same respect/courtesy?  It would make it better for EVERYONE if they did.  How you asked? WELL, LET ME GIVE YOU AN EXAMPLE.

Bowles C.Ford Park is a neighborhood park that was promised to the residents of Cloverdale over 30 plus years ago.  Nine phases were promised.  Only THREE out of the NINE phases have been completed.  When the representatives were asked about this, we were told, “we did not know anything about it.”  There have been several Mayors and Aldermen within this time and you mean to tell me that NOBODY bothered to see what projects were incomplete or in progress?  This park would not only provide recreation for my neighborhood, but the surrounding neighborhoods.  Why am I talking about this? WELL, I WILL TELL YOU.

Although I appreciate all that Savannah College of Art and Design has done to eliminate blight in Savannah, Georgia, I resent that many of our elected officials only pay attention when “SCAD” needs something or wants to buy an area to gentrify, I mean refurbish.  The city is looking into building a new Civic Center with cobble stone walking paths and trolleys, the works.  These same officials not only said that they knew nothing about the Bowles C. Ford Park project, but that there was NO FUNDING for the project (and yet we voted to tax ourselves as citizens for community projects in order to have funds for these COMMUNITY projects.)  WHAT IS MY POINT?  Well my point is that ALL ELECTED OFFICIALS OR WANT TO BE ELECTED OFFICIALS SHOULD KNOW WHAT HAS TAKEN PLACE IN THE ARE IN WHICH YOU DESIRE TO REPRESENT. That way communities like mine won’t continue to receive broken promises from elected official who only intend to fulfill their current agenda and not complete the projects that were dropped by the wayside.

In this NEW YEAR if you see an injustice make it known and make a difference for the better.  HAVE A FULFILLING FUNKADELIC FRIDAY.