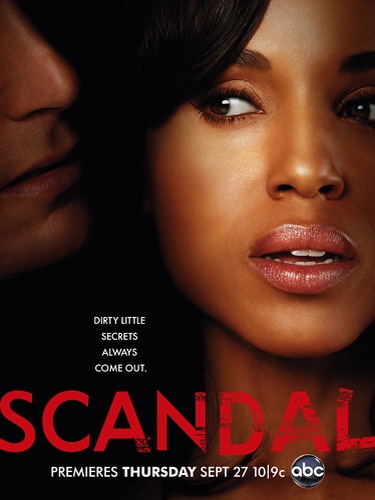 I have struggled with “Scandal” and “How To Get Away With Murder”. Let me be clear. I am proud as all get out that Shonda Rhimes has received recognition for her hard work and I fully admit that I respect her writing skills because there is talent there.

Similarly, I respect the success of Tyler Perry because he has helped in normalizing the regular appearance of black female characters that are more than Mammies and Maids in a major way. I am thrilled to see Kerry Washington have regular work because she is a tremendous actress as is Viola Davis whose supporting cast work I have admired for years on the big screen. This would not have happened if not for Shonda’s tenacity.

So I asked myself over and over again why I tended to walk away from the viewing of these shows feeling not right in my spirit. This morning I read an article on For Harriet that hit my issue on the head particularly in this passage:

“I knew it from the minute I saw you,” says Annalise Keating’s white husband (who we now know to be both a cheater and a murderer) on How To Get Away With Murder. “All you’re good for is rough sex, you disgusting slut.” And as I listened, as I watched his hands around her neck, I felt familiar shame. I internalized the dirty language, its history. I wished I never had to hear such words again. I knew I would hear such words again. How did he know it the minute he saw her, I wondered. What was it about her Ann Taylor dress, her law degree, her wood-paneled office? I wondered but didn’t wonder: I knew. I internalized. I suddenly felt aware of my body. Of the white supremacist gaze. Of white male eyes. Of my perceived worth. It wasn’t a surprise but a reminder.

Now I know that some people will say, “Marta, there are plenty of shows with lead characters who are white who expose the sick to the sadistic behaviors that people can visit on one another (hello Lifetime).” I would have to agree with that. But you know what, I don’t have an appetite for watching those either. I am a black woman. It matters for me when I see another black female character on screen hurting herself or being hurt over and over and over again. I understand that issues that are displayed on these shows are deserving of dialog but I get sick to my stomach when they are presented as “entertainment”. It is not healthy for me to watch these shows every week because I have difficulty seeing past the abuse that lands squarely on the backs of the featured black women. I will celebrate the day that Real Housewives of ATL gets cancelled along with these other so called reality shows that show some of the most ridiculous depictions of being black in America I have ever seen. Maybe it’s just me but this is my truth.

I’m looking for the balance. I’m looking for shows that deal with complex issues that are not restricted or dominated by the sexual activities and conduct of the female black lead. Where is our “Parenthood”? Where is our “Doctor Who” franchise? (Though I hope David Banner’s new project is moving us forward here.) Where is our “NCIS”? Where is our “The West Wing”? We have the talented writers to fill this space now who can bring authenticity to the telling of so many NEW stories, so why don’t we see more of this type of programming.

This is the section where I’m really going to piss some people off so you’ve been warned.

I’m blaming the “white man” but not for the reasons you might think. African Americans make up a relatively small amount of the overall US population. We have our buying power, sure, but you have to link us up with all the other non-white persons before you have a racial demographic with a significant base of influence. So on the whole, white people are the ones who determine what we are watching on TV. White people should demand better programming around the telling of these stories. Can it be that white America only wants to see black women being emotionally and sometimes physically beaten down? Is it possible that white America only wants to see dysfunctional images of the black family on tv. Is it possible that white America is addicted to seeing black men portrayed as criminals, sluts and deadbeat dads so out of control that they strike fear into the hearts of all the “good white people” they come into contact with on the street?

Is this all that white America wants to see portrayed on television? Is this how you want young white children to grow up viewing minorities? Surely not!

White America should ask for better telling of these stories. Richer telling of the vast and nuanced reality of black experiences, hopes and dreams. The same can be said of other minorities but I’m speaking from my culture and my experience.

The images we allow into our heads matter. These images have the power to influence our decision making and how we treat ourselves and others.

The For Harriet article also references her stance of boycotting ABC because of their support of Darren Wilson. While that does disgust the hell out if me, I know that ABC and other network affiliates have made similar deals with other high profile people irrespective of race and gender so I will still be enjoying at least one program on that station still, though it won’t be Scandal or HTGAWM though I LOVE Viola Davis and will be happy to support more of her other work in the future.

I encourage you to read the full article on For Harriet and take some time to meditate in the author’s words before you react to this piece.

3 thoughts on “Why I Am Moving Out of Shondaland: A Discussion”