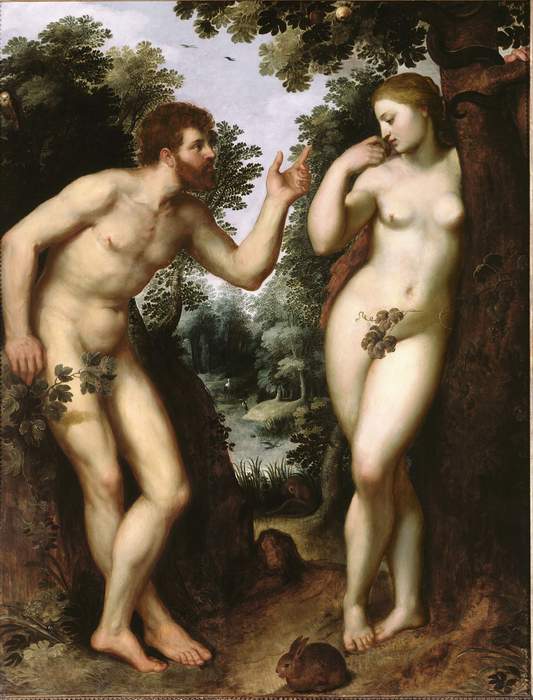 Our challenge topic for the week is SEX.  Betcha this is going to get real interesting real fast.  I figure I’ll hit the nail on the head and burst onto the scene with this little essay I’ll call, “Let’s Talk About Sex and Stuff”.

Yes, I said the “S” word.  It’s so funny to me how taboo “sex” is as a topic of conversation. Perhaps if people really understood what they were talking about it wouldn’t be such a big deal.  Do you know what the definition of sex actually is?

Noun: Either the male or female division of a species, especially as differentiated with reference to the reproductive functions. [Dictionary.com]

If you need a little more detail than that try one of the “scientific” definitions:

Scientific Definition: Either of two divisions, male and female, into which most sexually reproducing organisms are grouped. Sex is usually determined by anatomy, the makeup of the sex chromosomes, and the type and amountof hormones produced. When the sex of an organism is determined by the sex chromosomes, males and females are generally produced in equalnumbers. In other organisms, such as bees and wasps, in which females develop from fertilized eggs and males develop from unfertilized eggs, distribution of the sexes is unequal. [Dictionary.com]

Hide your daughters!  How dare I use such language in a post on the internet.  I hate to break it to you, folks but what many of us think about as “sex” is actually “sexual intercourse” not “sex”.

So if sex is just how we differentiate the species according to reproduction then lets move on to the good stuff that makes everyone squirm.  Right about now is where most people will probably want to “avert their eyes”.

Lets start with our definition:

Take a deep breath.  You made it through most of the definition.

Why do we all get so squeamish when the topic of sexual intercourse is raised?  Hold up a picture of two (or more) people naked and in the act of having sexual intercourse and I guarantee you someone in the room is going to blush, someone will giggle, someone will avert their eyes and Lord help you if there is a parent and child in the room.  The parent will automatically seek to “protect” their child from seeing  the image.  Doesn’t anyone wonder what triggers the shame response in us when it comes to this topic?

Is your heart pounding yet? Do you feel like you should stop reading?  Are you worried that I’m about to put something in front of you that will trigger a guilt response? The answer is probably, but I’m not going to stop.

Sexual intercourse is so demonized in American culture that we send our children into adulthood woefully under-prepared in how to manage the act of sexual intercourse, the physicality of it, the emotionality of the act, we just leave it all up to chance.

Wait, should I stop? Am I taking you too fast?

How many people got the “birds and the bees” talk growing up?  What about references to a penis being a wee wee and a vagina as a vajay jay?  Wait, what about his thang and her hot pocket?  Pencil and eraser?  Hotdog and wiener?  Seriously, I still hear adults refer to their genitalia as their “private parts” and struggle with the medical terms for their reproductive organs.  How many people do you know who whisper when they start talking about things related to sexual intercourse.  Sociologically, it’s fascinating I tell ya!

So what’s my point?  I want to TALK about it like sex, sexual intercourse and reproduction are not somehow dirty things that should only be spoken of in hush tones in the dark if at all.  I want young women to understand what an orgasm is before some silly dude fills her head up with crazy ideas like sex should hurt a little bit for women because he either didn’t know or didn’t care enough to make sure she was fully aroused before he took his pleasure.  I want men AND women to stop being ashamed of their bodies and recognize them as the beautiful creations that God gifted us with to use responsibly.

Can we just talk about sex and stuff?

One thought on “Let’s Talk About Sex and Stuff”